ffstars: Hello Pranil, we’re grateful that you took the time to speak to us! Can you first briefly introduce yourself to the readers of ffstars.com and the Bulgarian fantasy football fans.

Lateriser12: First off, thank you for this! It’s such a privilege give an interview for a Bulgarian website! For those that don’t know me, I am known in the Fantasy Football community as Lateriser12. I’m a businessman living in Mumbai, India(I sell fancy bathroom fittings for a living) and I’m a writer for Fantasy Football Scout as well. I’ve played Fantasy Football for the best part of 15 years and it would be fair to say that I am obsessed with this game. Also, I consider Ollie Giroud and Sergio Aguero to be my FPL Gods.

ffstars: Something that we like to ask our international guests is what is the first thing that comes to mind when mentioning Bulgaria? Hopefully it’s something other than the unfortunate recent incidents during the Bulgaria – England game.

Lateriser12: This one is easy. I’m a Manchester United fan and the first thing that comes to my mind is Dimitar Berbatov. He’s one of my favorite footballers and has been a good FPL asset for me as well. I’ve owned him for most of his Boxing Day hauls and also when he scored 5 versus Blackburn as well in 2010. We even got a #BoxingDayBerba campaign going a few times in the community so that everyone could captain him for that fixture(it did pay off, his boxing day record is great). I’ve also heard a lot about the gorgeous Bulgarian coast line and it’s on my bucket list of places to visit.

ffstars: We just have to speak about the fact that you are a past champion of India, the second most ­populous country in the world with over 1.3 billion people! And maybe even more impressively, That same year you also finished 77th in the world overall! That’s an incredible result. Tell us more about that season and what went right for you. Did you ever feel like you could win the whole thing?

Lateriser12: That was a great season. It was the 2015/16 season and I had missed the 2014/15 season because I took a year off from FPL to set up my start-up business. 2015/16 was the season Leicester won the league and I didn’t see any football in the 2014/15 season because of which I was very lost in the first half of the season. This is actually a great lesson for FPL managers in the sense that they should never really give up after a poor start. I did not own Mahrez for the first 15 Gameweeks of that season and was ranked 1.8 million halfway through that season. But once I recognized the good punts, figured out the wrong horse that the masses were backing, I climbed like crazy in the second half of the season.

People often fear highly owned players. For me, they are an opportunity. If you spot the masses backing the wrong horse, it is the best opportunity FPL can present to you. That season, I played my chips to perfection having triple captained Aguero for his hat-trick and ended the season on a high note getting Giroud and Mane in for a hit in Gameweek 38. Mane scored a brace for the Saints and my Gameweek38 captain, Giroud scored a hat-trick against Aston Villa the same week which gave me a top 100 finish in the season. It was a part of my end of season Aston Villa chasing. It wasn’t the closest I have come to winning the whole thing though. That was in 2012/13 where I was 22nd in the world with 3 weeks to go. I took a lot of gambles in the last 3 weeks in an attempt to finish in the top 5 but those gambles failed because of which I finished 189th in the world that season. If you get that close to top 10 in FPL, you really do need to gamble. I would have done the same thing 9 times out of 10.

ffstars: You have been playing the game for more than 10 years now. What was it like when you first started, and what are the biggest changes in the past few years?

Lateriser12: Easily, the biggest change I’ve noticed in the past few years is how big the game has become. It has blown up and how. Earlier, it was just a few of us on Fantasy Football Scout discussing FPL and figuring out how to crack this game together. Now, the FPL eco-system has become a lot more American Sports Draft like. The game has become fully commercial and with the advent of information on podcasts, multiple websites, twitter as well as the Official FPL broadcast, the masses have become a lot more savvy. Personally, I don’t mind this challenge one bit. Bring it on I say.

ffstars: Tell us your views and predictions for the current season? Who do you see as champion, how do you see the fight for the top 4 and 6 unfolding, and who do you feel are the most likely candidates for relegation?

Lateriser12: This season is fairly similar to the last. The title race is obviously between Manchester City and Liverpool. I fancy Manchester City to just pip Liverpool again but maybe that is my bias against Liverpool talking. I say this because Liverpool have not played convincingly enough for me this season. In fact, I think their performances were better last season. I think Chelsea is comfortably the third best team in the league and I love what Frank Lampard is doing with them. Who knew he would be able to pull this off without using Chelsea’s best 3 players(Kante, Rudiger and Hazard) from last season. I can see Chelsea challenging for the title in a season or two, such is the talent at their disposal. For 4th, 5th and 6th, I can see Leicester, Arsenal and Tottenham Hotspur fighting it out.For relegation, it’s going to be tight but, but I can see Norwich, Southampton and one of Newcastle or Watford getting relegated. Aston Villa and Sheffield(I really rate Wilder) are both quality in my opinion and should stay up.

ffstars: Looking at your team for GW11 of this season, you got 71 points and are very well placed overall – inside the top 130k. Tell us a few words about why you’ve chosen these players, and what are your plans for the next several GWs.

Lateriser12: Looking at this season, I thought there was a bunch of players that were identified as keep and forget. I didn’t want to waste my transfers on low impact players in the first half of the season. I jumped on them early in my Gameweek 3 wildcard(Trent, TAA, Mount, Lundstrom, Soyuncu, Tomori) which would allow me to make high impact big transfers week on week chasing the fixtures. I’ve gone without Salah pretty much all season(I am now figuring how to get him in) so I don’t believe in playing out of fear or keeping ownership in mind.

In addition, people give too much attention to low impact transfers which genuinely don’t have too much of a point swing. A transfer like Lowton-> Tomori/Soyuncu does not deserve too much of your attention. I would recommend you go with the one that is more long term as you don’t waste another transfer in that position. It’s the kind of moves I made this week that I find way more interesting. I sold KdB and Aguero this week to give me Mane and Vardy. I’m looking to find nailed or fairly nailed players going into the busy Winter period and someone like a Jamie Vardy is ideal since he has no Champions League commitments. While some might say it’s wrong to sell KdB, I think I just want to chase the fixtures when it comes to the premium big-hitters and get myself those 20-30 point swings(positive ones hopefully).

ffstars: Do you have a favorite formation (3-5-2, 3-4-3 etc.)? Do you think there is a best formation and is this something you think about when choosing your team?

Lateriser12: My favorite formation has always been 3-4-3. It’s all about packing your side with as many goal scorers as you can. You can always have 2 or 3 goals, but just one cleansheet. I also prefer this because I love having a strong attack(with 2 to 3 captaincy options) and back myself to find value defenders in the game. This season, it has been really easy to execute this formation with the likes of Soyuncu, Tomori, Lundstram and Rico showing up. Most weeks I end up playing either 3-4-3 or 3-5-2 as my preferred formation. I always make sure I don’t distribute funds in my team too much which makes it a lot easier to make big transfer switches.

ffstars: What is your view on the different chips in FPL? As far as I know, they were only introduced several years ago. Do you think they make the game better, or worse? If you could add one new chip, what would it be?

Lateriser12: I’m personally not a big fan of the chips(despite being wildly successful with them). They make the luck factor in FPL a lot bigger(just like the captaincy) and might lead to minileagues getting decided on the basis of one lucky(or unlucky) call. I’ve written about this in detail-you can read about the impact of your FPL decisions here. Chips like the bench boost and the second wildcard are of great help to the more serious FPL players as a lot of ground can be gained fairly easily in a short period of time with some shrewd planning. Like most serious managers, I’ve ended seasons really well because of Double Gameweek season and some planning.If I could add one more chip, it would be one where you have the chance to pick a captain for each position(your defence, midfield and attack). Let’s call it the Triple Threat. I reckon it would make things very interesting.

ffstars: What is your strategy regarding the captaincy? Do you have any “go-to” players which you trust the most? Would you say you are more of a form or fixtures type of guy?

Lateriser12: My strategy with captaincy is fairly simple. Captain a high-upside big hitter from a big team which is playing a poor defence. Big teams don’t mean good defences and small teams don’t mean bad defences. Playing against Arsenal is much more attractive for the armband than playing against Crystal Palace. Once in a while, I love a good captaincy differential as well. Especially when I feel like the masses are captaining a player out of fear and nothing else. Such a big opportunity! I’m very much a fixtures guy when it comes to FPL but I do pay some attention to form as well. Sometimes if a player is a stand out captaincy option, I’m not afraid to get him in(even if for a week) because I think captaincy is one of the most important aspects of the game. I have my go to players for my captaincy, none better than good old Sergio Aguero for me.

ffstars: Thanks a lot for taking the time for this interview, and hope to see you again soon! 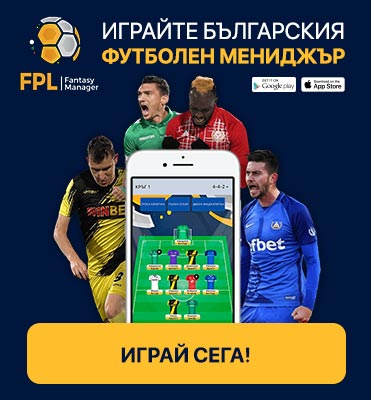